If you love sci-fi or sci-fi horror, this is a release to buy.  Even if you have the previous release from #SeverinFilms from 10 years back, it is a worth a upgrade due to the new transfer.

http://www.enterline-media.com/doctorwhoseason18bluray.html Now I do want to know if readers want me to cover the UK releases of DOCTOR WHO in the future because I am thinking of getting a region free blu-ray player this summer. Drop a comment here or email feedback@enterline-media.com or send a message to the Enterline Media Web Facebook page: https://www.facebook.com/EnterlineMediaWeb

A wealth of great extras and the HD upgrade is going to be the best you will see these old episodes and cheaper than the individual DVD releases. I will be back with a link to the review of Tom Baker's final season as the Doctor with my review of the blu-ray of Season 18 which I have been watching all week.

BLADE RUNNER 2049:
This is one release I hope Warner Bros revisits with an alternate longer cut that the director did make, deleted scenes which teh director hates sharing, and a proper making-of documentary
http://www.enterline-media.com/br2049bluray.html

SOLO is the better STAR WARS movie though:
http://www.enterline-media.com/solo_bluray.html

IN THE MOUTH OF MADNESS:
One of John Carpenter's last great horror movies
http://www.enterline-media.com/inthemouthofmadness.html

LIFEFORCE:
a sci-fi cult classic which I revisited with the STEELBOOK release from last year which had improved transfers for both cuts
http://www.enterline-media.com/lifeforce_steelbook.html

GHOST IN THE SHELL-
http://www.enterline-media.com/gits2017.html

I have been busy with life and trying to get a few projects off the ground. I will catch up with links to notable reviews of movies and blu-rays from this year on the Enterline media web site. Hope everyone has been watching some great movies and tv shows

FANTASTIC BEASTS AND WHERE TO FIND THEM-
http://www.enterline-media.com/fantasticbeasts.html

I will be posting links to latest reviews and I may even do a few film essays here. 2016 has been a trying year as other things have been taking my attention while i have reviewing movies and shows on DVD and blu-ray (just not as much). I have published the first issue of my portfolio magazine, EMV, which highlights my photography, digital art, and writing: 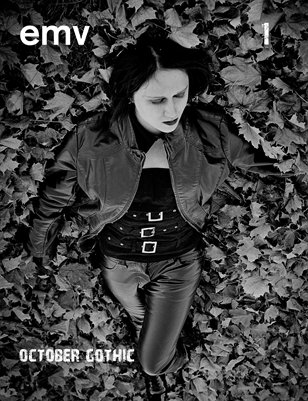 I have decided it is time to redefine the web site which I started back in 2001 and make it stand out more. I have been wanting to focus more on interviews and essays, and I hope to do that in the future. I would also love to photograph the people who star, write, and make these movies and shows. More posts coming soon.

THE EXORCIST III has a troubled production history. It first started as a sequel to the original Exorcist film before writer William Peter Blatty split with director William Friedkin over creative differences, and then it became the novel Legion before Blatty decided again to make it as a movie. John Carpenter was approached to direct and he passed which paved the way for Blatty to direct the movie himself. He thought he had final cut, but Morgan Creek disagreed after the production was finished. It led to rewrites and three weeks of reshoots including bringing back the original actor (Jason Miller) who played Father Karras back and adding an exorcism climax. The additional shoot was filled with problems like Jason Miller not remembering his lines and someone doubling for him and bringing back Brad Dourif to shoot new material as the Gemini Killer. I have seen the theatrical cut which is still a great horror movie by its own right, but the director’s cut does feature some great acting from Dourif. On the downside, the exorcism scene should have still been left out while some of the additional shooting does have some better framing of some scenes in the composite director’s cut (since Scream Factory had to piece together the cut using a VHS source with the HD source material of the theatrical cut to create something pretty close to Blattty’s original vision).

THE EXORCIST III should be treated as a direct sequel to the first Exorcist film as it picks up with Police Lieutenant Kinderman (George C. Scott) who is haunted over the death of his friend, Father Damien Karras, who died over 15 years earlier. He is drawn into a case involving murders linked to the Gemini Killer (who was supposedly died in the electric chair years ago), but Kinderman finds that the Gemini Killer may be in the body of a psychiatric patient who bears an uncanny resemblance to someone that Kinderman knew. THE EXORCIST III is an exploration of terror, faith, and Haven and Hell. It is a detective story mixed with theological discussion about the nature of evil.

Deleted scenes, alternate takes, and bloopers (some sourced from the VHS edit)

Two theatrical trailers in 1.33:1 and six TV spots which spoil the climatic scene

DEATH, BE NOT PROUD: THE MAKING OF THE EXORCIST III is a feature length documentary which Scream Factory unfortunately has divided into five featurettes with no play all option for the documentary:
A “WONDERFUL” TIME (24:30)- interviews with cast and crew as they talk about The Exorcist and its impact, how no one liked Exorcist 2, and how THE EXORCIST III came about from starting as a sequel that Blatty was developing with the original film’s director to becoming the novel Legion and Blatty writing and directing the film adaptation of his own novel. They talk about the unusual medical tool they created for the movie and the casting of the movie
SIGNS OF THE GEMINI (17:42)- an interview with actor Brad Dourif as he talks about his involvement as the Gemini Killer character during the original shoot and the reshoot
THE DEVIL IN THE DETAILS (18:03)- production designer Leslie Dilley, the assistant production designer, and the production illustrator talk about the production design of the movie
MUSIC FOR A PADDED CELL (15:16)- composer Barry DeVorzon reveals he was originally wanted by Blatty to be the composer of the first Exorcist to talk about the various elements of THE EXORCIST III score
ALL THIS BLEEDING (28:49)- a look at the problematic reshoot to add the exorcism climax in the theatrical cut and bringing Jason Miller to play Patient X/ Father Karrass, and the special effects and makeup effects featured in the additional shooting

FINAL ANALYSIS: THE EXORICST III is an underrated horror classic which offers a great extras package from Scream Factory (with the minor complaint they split up the making-of documentary into featurettes without offering a play all option).

This review is ©10-26-2016 David Blackwell and cannot be reprinted without permission. Send all comments to feedback@enterline-media.com

THE MAN FROM U.N.C.L.E.-
http://www.enterline-media.com/manfromuncle_bluray.html